About the SDG Leadership Cities Network

Achieving the Sustainable Development Goals (SDGs) requires investments and policies that affect specific places, and there is increasing realization that overall global progress will depend in significant measure upon local leadership and action. In recognition of this, Brookings launched the SDG Leadership Cities Network in 2019 to highlight and support the impressive work of vanguard cities around the world in local implementation of the U.N. 2030 Agenda for Sustainable Development.

This initiative of the Brookings Institution is supported by grants from the Robert Wood Johnson Foundation, the Charles Stewart Mott Foundation, and the Rockefeller Foundation.

Shaping the global agenda to maximize city leadership on the SDGs

This brief explores the policy implications of mayoral and city leadership on the Sustainable Development Goals and recommends ways to accelerate and deepen progress on the SDGs at the local level.

Anthony F. Pipa highlights ways that mayors and local government officials are demonstrating that cities form the front lines of SDG success, as they translate global aspirations into a blueprint for local progress

The aim of the SDG Leadership Cities Network is to foster frank and honest exchange among cities and to surface tools for and approaches to sustainable development. To achieve this, Brookings holds regular network meetings with highly interactive sessions conducted in roundtable format. These are designed to promote direct city-to-city exchange and information-sharing. Sessions are held under the Chatham House Rule to encourage candid discussion among peers and enable collective problem-solving with earnest assessments of limits, challenges, and obstacles.

During these meetings, we consider city officials the experts and rely upon their experiences, innovations, and challenges to drive the content. We facilitate and build relationships that enable continued collaboration and engagement long after the meeting itself.

The goal of the SDG Leadership Cities Network is to elevate and scale city innovations on advancing local SDG implementation. As the level of government closest to its citizens, local governments are well-positioned to transform the ambition and loftiness of the SDGs into concrete realities that are meaningful to real people. Adapting the 2030 Agenda to cities’ local context, priorities, and capacity requires adaptation and innovation, and the SDG Leadership Cities Network members are at the forefront of creating new practices worldwide. From Malmo’s use of SDG-aligned budgeting to Bristol’s One City model, these cities are leading the way toward a sustainable future.

City playbook for advancing the SDGS

To disseminate these innovations, best practices, and tools to a wider range of communities and stakeholders, Brookings created the City playbook for advancing the SDGs. The playbook compiles a series of how-to briefs and case studies on advancing sustainable development and social progress locally written by city officials for city officials, including those in the SDG Leadership Cities Network.

The playbook is organized in four chapters: 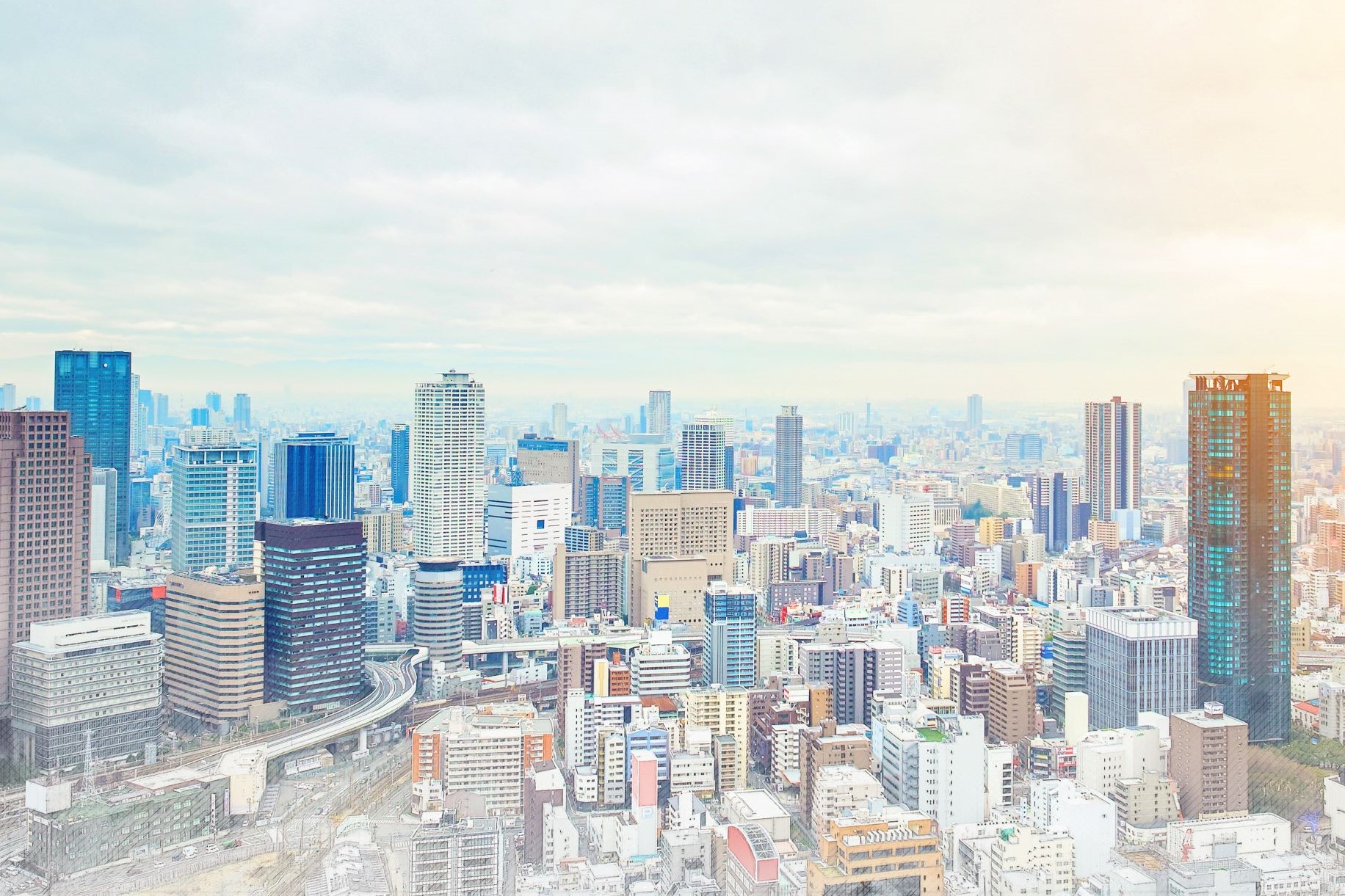 City playbook for advancing the SDGs

Driving a sustainable recovery from COVID-19

City leadership has become central not only to global sustainable development but to global sustainable recovery from the COVID-19 pandemic. Mayors and local leaders formed the front lines of the COVID-19 response and are driving global recovery, putting plans in place that align to the SDGs and elevate equity and sustainability, protecting and restoring both public health and economic security, and often stepping into a leadership void left by national governments.

How the Sustainable Development Goals can help cities focus COVID-19 recovery on inclusion, equity, and sustainability

Anthony F. Pipa and Max Bouchet explain how the principles of the Sustainable Development Goals are useful to organizing a recovery from coronavirus that combines growth, inclusion, and sustainability.

Leadership at the local level: How can cities drive a sustainable recovery?

Anthony F. Pipa and Max Bouchet explore the role that global cities can have in driving a sustainable recovery from COVID-19.

Webinar: Global city cooperation in the response to COVID-19

On Thursday, April 23, 2020m the Global Economy and Development program at Brookings hosted a conversation to discuss the relevance and challenges of of city-to-city cooperation in the response to COVID-19.

Anthony F. Pipa explains cities’ place at the forefront of the national response to COVID-19.

City leadership on sustainable development in the era of COVID-19

Anthony F. Pipa argues that the principles that drew mayors and local governments to the Sustainable Development Goals may be just the thing for enabling a rapid path forward in the aftermath of COVID-19.

A conversation with Mayor Brian Bowman of Winnipeg, Canada

A conversation with Nicolas Gharbi, principal advisor on international affairs of Madrid

Tony Pipa, senior fellow of the Brookings Center for Sustainable Development, hosted Nicolas Gharbi for a discussion of his experience as a city diplomat and the role that cities play in achieving global agendas.

A conversation with Henri-Paul Normandin, director of international relations for the city of Montreal

Max Bouchet hosted Henri-Paul Normandin for a discussion of his experience as a city diplomat and the role that cities play in achieving global agendas.

A conversation with Marvin Rees, mayor of Bristol

Anthony F. Pipa and Bristol Mayor Marvin Rees examined the role that cities are playing on the front lines of COVID-19 and reviewed lessons in leadership and governance while tackling issues of race, class, and climate change.

A conversation with Chris Castro, director of sustainability and resilience for Orlando

A conversation with Jan Vapaavuori, mayor of Helsinki

Anthony F. Pipa and Helsinki Mayor Jan Vapaavuori discussed Helsinki’s leadership in promoting the Sustainable Development Goals (SDGs) locally and the city’s strategy to be “the most functional city in the world.”

A conversation with Mohammed Adjei Sowah, mayor of Accra

Approaches to institutionalizing the SDGs locally

The long-term horizon of the SDGs poses a challenge to any elected government since their achievement depends on sustained efforts across multiple election cycles. As cities have sought to consolidate and institutionalize longer-term commitments to the SDGs, several common approaches have emerged. Cities are reinforcing policy objectives and normalizing aspirations through multilevel governance as well as codifying the SDG framework in local legislation and regular city decisionmaking processes. Cross-sector collaboration and citizen engagement create a multistakeholder dimension to the agenda, creating accountability that extends beyond an elected government. Cities have also leveraged the nonpartisan dimension of equity and sustainability goals to maintain them.

Ensuring the durability of local commitments to the SDGs

This signature report takes stock of the key role of cities and local governments in driving global progress on the SDGs, captures learnings on the city “SDG effect,” and offers recommendations to accelerate local sustainable development. The findings are informed by a wide-ranging discourse on the primary sustainable development challenges faced by cities today, brought to life by the experiences of the SDG Leadership Cities Network.

Measuring and reporting progress on the SDGs

City leadership on sustainable development is exhibited in the widening adoption of an innovation called the Voluntary Local Review (VLR). A VLR is a process in which local governments confirm their commitment to the SDGs and voluntarily assess their progress toward specific targets in the 2030 Agenda. Pioneered in 2018 by New York City, this review takes its inspiration from Voluntary National Reviews (VNRs), the process through which countries report on their sustainable development progress at the U.N. as part of the official follow-up and review process.

A VLR enables a city to present a holistic and coherent portrait of its social, economic, and environmental progress, offering a powerful storytelling tool that connects its local strategy to a global agenda. Given the SDGs’ focus on measurement toward specific outcomes, a VLR can also be a tool for strengthening evidence-based policymaking, using data as a means to identify gaps and mobilize new policy, partnerships, and resources. The common frame of reference for the SDGs enables learning and exchange with counterpart cities across the world.

The VLR movement has grown quickly. VLRs do not have official status as part of the formal member state SDG follow-up and review processes hosted by the U.N. There is no specific template or official format. Most cities undertake a VLR based on its intrinsic value. The flexibility of the format allows cities to base a VLR on its own capacities, contexts, and level of development and resources.

This report explores the promise of the Voluntary Local Review as an urban planning tool for advancing sustainable development.

A new handbook provides guidance for cities to report their local contributions to the Sustainable Development Goals through a Voluntary Local Review.

Comprehensive, quality, and accessible city-level data is essential to effective monitoring and reporting on the SDGs. Without it, cities cannot identify challenges or formulate evidence-based policies and programs to meet those challenges. The evidence required by a serious commitment to the SDGs has catalyzed data collection and transparency efforts in cities. The development of city-level data systems to report on the 17 SDGs has been proven to aid in breaking down governmental silos that inhibit progress and illuminated the importance of cross-sectoral collaboration.