Using multivariate analysis, we dig deeper to identify what factors predict membership in each of the trajectory groups identified in Essay 1. These analyses take account of confounding factors to identify which of them matter over and above other influences. We find:

In the second essay in this series, we describe the four earnings and benefits trajectories young adults from disadvantaged backgrounds experience. Group 1 and 2 saw little to no earnings growth from their late teens to their early 30s and consistently received few if any employer provided benefits. Group 3 and 4, on the other hand, saw more robust upward economic mobility, with increasing earnings and benefits over time. Group 4, while the smallest trajectory group, saw the fastest growth and highest earnings and benefit levels by age 31.

Once trajectory groups were identified, we estimated multinomial logistic risk models to identify factors that may explain individuals’ membership in each group, including measures of background characteristics such as education, marital status, gender, race/ethnicity, parental wealth, and cognitive test scores.

The findings in this essay report the average change in the probability of membership in a particular group for each variable when controlling for the effects of all other variables in the model. We do this to isolate the effects of the specific variable in question apart from all of the other factors that could shape upward mobility.

For more information on the multivariate analysis, please refer to the Technical Appendix.

While descriptive analyses reveal how the demographic characteristics and work, education, and training experiences of trajectory group members vary, we rely on multivariate analysis to identify which of these factors are associated with membership in each group when numerous other influences are held constant.

Ultimately, our results reveal there are levers policymakers could pull to support young adults in areas such as education, workforce development, job placement, health care, criminal justice, and family support. But our results also demonstrate that race, ethnicity, and gender continue to play a role in upward economic mobility—and our systems and policies need to change if our society and economy are to deliver on the ideals of equal opportunity and equity.

Through multivariate analysis, we identify several factors related to an increased probability of membership in higher-mobility trajectory groups (Group 3 and 4) with earnings and employer-provided benefits that increase across the trajectory period. These factors include union membership, certain occupations, and job-related training. But the two factors most strongly associated with membership in an upwardly mobile trajectory group are higher education and military service.

Not surprisingly, higher education is associated with an upwardly mobile trajectory. Having a high school diploma, associate degree, bachelor’s degree, or a graduate school degree all increase the probability of being in Group 3 and decrease the probability of being in a low earnings trajectory compared to people without a high school diploma—and the effects are larger the higher the education level. GEDs, however, are not significantly related to trajectory outcomes, which is aligned with research indicating labor market returns for GEDs are lower than returns for high school diplomas; returns also appear over time for GEDs rather than immediately after attainment.

Less expected, however, is the relative lack of significance these education variables have in driving membership in Group 4. As the descriptive analysis showed, this group of young adults is highly educated, but we did not find evidence that education is driving their membership in the group.

A period of military service between ages 18 and 30 is associated with an increased probability of membership in Group 3 and a decreased probability of membership in Group 1. This finding is in line with other research that has found veterans experience positive earnings effects after military service, especially at the lower and middle segments of the earnings distribution.

Of course, there is great variety within each of these four categories, but overall, our analysis indicates that service jobs held at age 25 do little to promote economic mobility, at least by age 31. Compared to service occupations, having a management/professional or construction/production/transportation job at age 25 is associated with membership in an upwardly mobile trajectory group. In fact, holding a job in any occupational group aside from service is associated with a greater likelihood of being in Group 3 and reduces the likelihood of being in Group 1 or 2.

While not true for all of them, service jobs are generally low-paying and employers spend little on service employee fringe benefits. Our findings also align with other Brookings research that has found management, construction, production, and transportation occupations provide many good and promising jobs for workers, particularly those without bachelor’s degrees.

Coverage by a union contract

Our analysis also aligns with research touting the role of unions in promoting higher wages. Working in a job that is covered by a labor union contract is related to an increased probability of membership in a higher-earnings trajectory group and reduced likelihood of being in the lowest trajectory group (Group 1). Since we statistically control for unemployment and occupation, this increased probability is not likely to be caused by the fact that members of a union are employed, or that they tend to be in certain occupations with higher earnings or benefits levels.

The variable “job-related training” in the NLSY97 has an expansive definition and it is not possible to specify the nature of the training in any detail, but research on workforce and training programs provides clear lessons as to what works, including alignment with regional labor market needs and appropriate guidance and support to workers and job seekers. It may also be that effects are more widespread across the groups for training between ages 24 and 27 because at that point, training is more closely related to a participant’s career and may be offered by an employer.

Greater parental wealth (assessed when respondents were in their teens) is associated with a lower probability of being in the worst trajectory group. However, parental wealth is not significantly related to differences in the probability of membership in the other three groups. (Parental wealth refers to the dollar amount of the parents’ assets minus all debts. Assets include dwellings; vehicles; checking, savings, and money market accounts; stocks and bonds; retirement savings; and pre-paid tuition savings accounts.)

Not surprisingly, the factors that increase the probability of membership in a lower-earning trajectory are those that undermine a person’s ability to find and sustain employment. The factors most strongly associated with lower earnings and fewer benefits over time are work-limiting health conditions, incarceration, teen parenthood, and prolonged unemployment.

Experiencing incarceration at any time before age 27 is associated with an increased probability of being in a low-trajectory group and a decreased probability of being in a high-trajectory group. This echoes other research, including our own, finding that incarceration reduces employment rates and reduces wages when employment is found. Employers often resist hiring formerly incarcerated workers. Furthermore, periods of incarceration can result in the depreciation of previously acquired job-related skills.

Becoming a parent while a teen increases the likelihood of being in the lowest-trajectory group, Group 1, and decreases the likelihood of being in in Group 3. This is in line with other research establishing that teen parenthood has cumulative negative effects on education and employment. Later parenthood does not appear to have the same relationship to trajectory group membership, as we do not detect a significant effect of becoming a parent between ages 20 and 27.

These results likely reflect two realities. First, employment is required to receive wages or employer-provided benefits—the two variables on which the trajectory analysis is based. Unemployment means respondents receive neither during those periods. Second, unemployment—particularly early in a career—has been found to leave a scar on subsequent earnings. Youth unemployment, particularly longer periods, reduces wages even a decade later.

The role of gender, race, and ethnicity

Even when controlling for an array of factors that we know affect employment and wages—such as education, job-related training, incarceration, family characteristics, cognitive test scores, and age—race/ethnicity and gender continue to predict inequitable outcomes.

The fact that race and ethnicity are associated with group membership points to the persistent racial inequity in hiring and pay in our economy. Moreover, many of the factors we control for in the model are themselves entwined with racist systems: communities of color experience high levels of policing and are underresourced; jobs employing large shares of women and people of color have been excluded from federal labor protections and Social Security coverage; and schools that people of color attend are often underfunded and staffed by teachers with less classroom experience. Systemic racism is built into our economy and is antithetical to a society where everyone should have an equal shot at economic mobility.

Part of these results may be explained by personal choice or family dynamics, but gender-related discrimination is almost certainly a driver. Women are paid less than men in the same jobs with the same experience and education levels. And our economic system devalues occupations that are traditionally thought of as “women’s work.”

The pathway from adolescence to a good job as an adult is not clearly marked. Among our study population of adults who experienced at least one type of socioeconomic disadvantage as adolescents, more than half struggle to achieve economic mobility during their early work years. Young adults need stronger guardrails to keep them on track and safety nets to help them when they stumble. 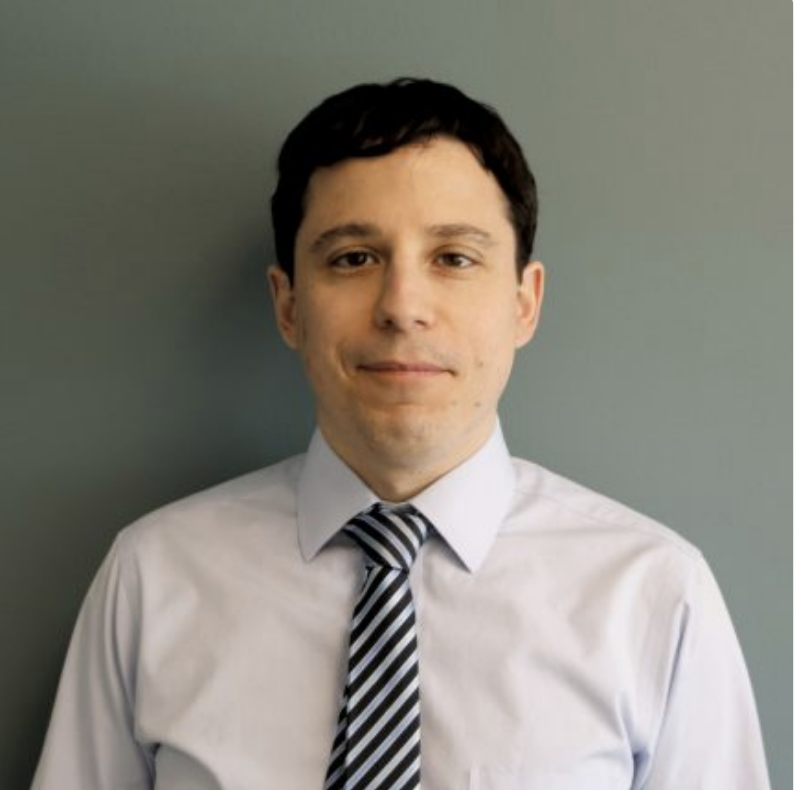 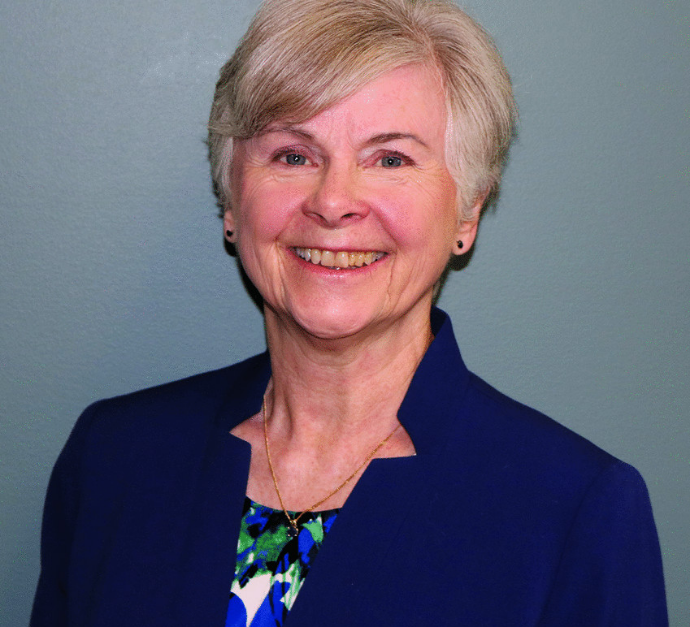 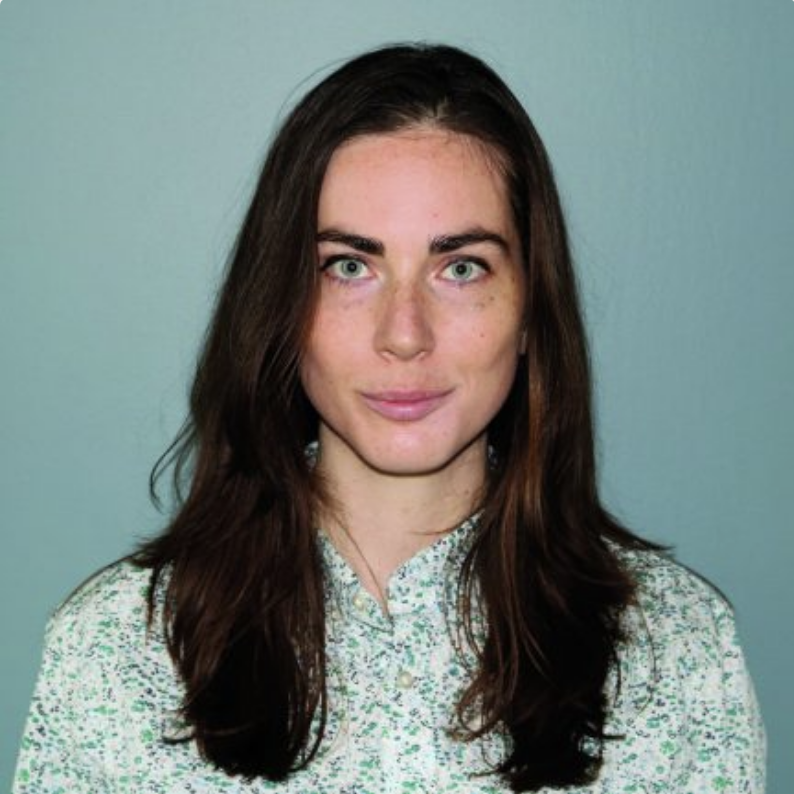 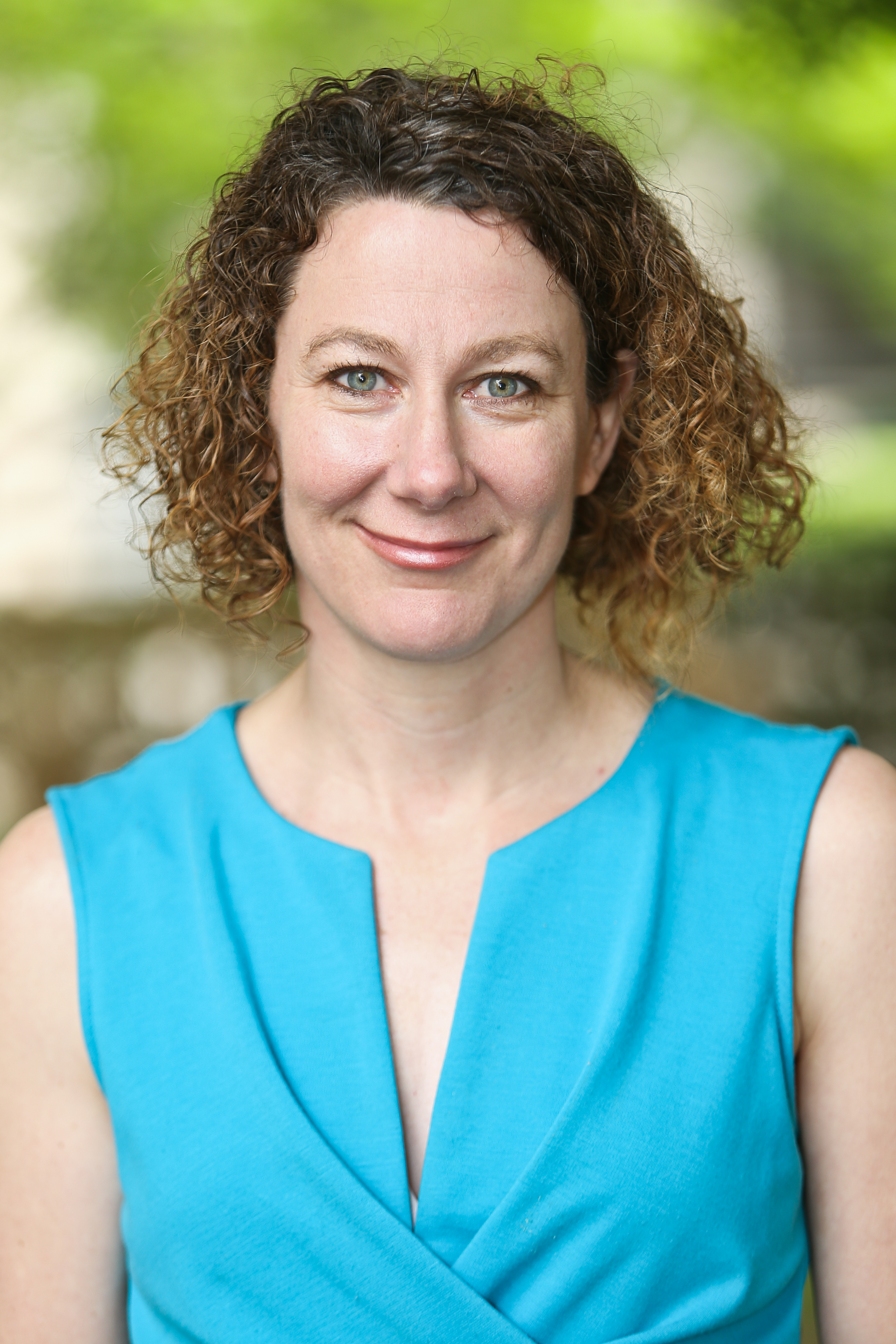 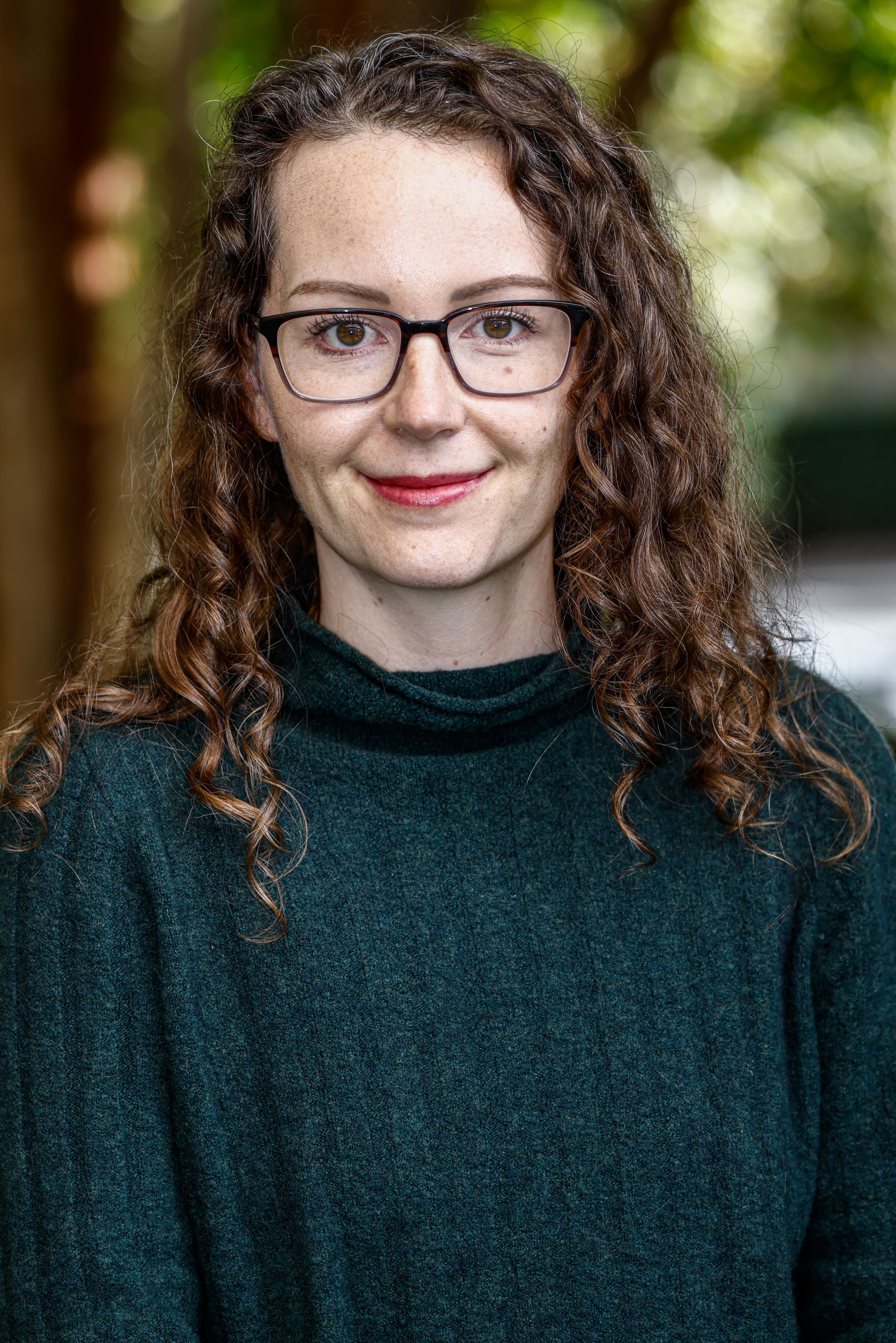