Investing in infrastructure can stimulate economic growth and unleash job creation nationally. Whether building roads, repairing pipes, or upgrading power plants, investments in the country’s transportation, water, energy, and broadband systems not only supports more economic output, but also drives the need for more workers. Several new pieces of federal legislation—including the Infrastructure Investment and Jobs Act (IIJA), Inflation Reduction Act (IRA), and the CHIPS and Science Act—are pumping hundreds of billions of dollars toward new projects and new jobs and are launching generational levels of investment not seen since the New Deal.

But national, state, and local leaders risk squandering this generational window of infrastructure investment if they only focus on future job creation without addressing the cracking foundation of the country’s current workforce.

Infrastructure investment already supports millions of workers nationally. Moving goods, producing energy, managing water, and carrying out many other essential activities depends on workers across every corner of the country and is foundational to economic growth and opportunity. Yet, hiring, training, and retention gaps remain vast across this workforce, as fewer workers are entering these careers and more workers are retiring and leaving these jobs than ever before. At the same time, too few of these job opportunities are filled by younger students, women, and people of color.

While new federal funding offers enormous potential to grow more jobs, leaders face a massive challenge that has existed for some time: struggles to recruit and hold onto current infrastructure workers, which limits the country’s pool of talent to take on existing needs, let alone expand the pool of talent to take on new tasks. These gaps exist despite several long-term opportunities in the infrastructure sector, including multiple career pathways, competitive wages, and transferable skills.

Young prospective workers face many potential pathways in the infrastructure sector, whether looking to become an electrician, plumber, or civil engineer and joining 16.6 million other workers nationally (11.8% of the country’s workforce). Most of these careers are involved in operating and maintaining roads, pipes, power lines, and other systems, rather than simply constructing them, leading to long-term job opportunities.

They can also earn higher pay. Infrastructure occupations pay 30% higher wages to workers at lower income levels, supporting more equitable career pathways. In particular, they pay $31,750 and $39,270 at the 10th and 25th percentile, respectively, compared to $23,980 and $29,950 for all occupations at these percentiles. Large occupations paying higher wages range from bus and truck mechanics, to highway maintenance workers, to electrical power-line installers, and include many unionized positions. This means higher pay for workers just entering the labor market or transitioning into these positions for the first time, offering more opportunity to those grabbing the bottom rungs of the career ladder.

But prospective workers often do not even know these careers exist or consider them a career of choice. Students in high school (and earlier) may not enroll in classes geared toward these careers—including those in science, technology, engineering, and math (STEM) fields—and they may not have the mentorships or other connections and repeated opportunities to explore related careers. Meanwhile, infrastructure employers, including transportation departments and utilities, tend to overemphasize projects, struggle to reach out to these workers, and rely on inflexible, outdated HR practices to get them in the door.

For more on the wages of infrastructure jobs, see page 19 in the full report »

Mid-career workers—including those who are unemployed or underemployed—face similar opportunities to enter or transition into these careers.  And they can often do so without having to get an advanced degree. Most infrastructure workers (53.8%) have a high school diploma or less, which contrasts sharply with the shares for workers across all occupations nationally, 31.6% of whom have a high school diploma or less. Yet they still earn competitive wages, whether employed as wind turbine technicians, septic tank servicers, or rail car repairers.

Instead they develop skills and experience on the job; 86.8% of infrastructure workers need some level of on-the-job training, compared to 62.6% of workers across all occupations nationally. Infrastructure workers develop many specialized skills and earn specialized credentials through work-based learning, but they still rely on many similar types of knowledge that can be transferrable, such as knowledge in public safety and security, engineering and technology, law and government, and more.

Such extensive on-the-job training, though, can create barriers to entry and create hurdles to advance their careers. Workforce development approaches in infrastructure are often highly siloed and fragmented by the specific industry, employer, and geography; workers tend to gain degrees, licenses, and certifications for a particular job in a particular place—as an electrician or plumber, for instance—which can limit their ability to move or advance their careers across the country. Workers can also lack supportive services, such as childcare and transportation, making it even more difficult to gain a foothold in these careers.

For more on the educational and training requirements of infrastructure jobs, see page 23 in the full report »

Advanced workers, especially those already in the infrastructure sector, are essential to constructing, operating, and maintaining the county’s physical systems—and have done so while earning higher wages and developing valuable skillsets. However, many are either eligible for retirement or simply transitioning out of their roles altogether. From 2021 to 2031, projections show 1.7 million infrastructure workers (12.2%) leaving their jobs each year on average, leading to huge replacement needs. Moreover, these holes may be even bigger to fill than any projected job growth from new federal infrastructure funding, which estimate up to 1.5 million new jobs created annually over the next decade.

For more on projected infrastructure job growth and worker shortages, see page 25 in the full report »

Many of these workers are frequently older, male, and white, signaling a need to reach more and different types of workers in coming years.Many infrastructure workers are 45 years and older, such as transit and intercity bus drivers (72.8%), power distributors and dispatchers (55.7%), and rail yard engineers (53.8%); perhaps even more concerning, though, are the 11% of workers 24 years or younger. In addition, women make up only 18.5% of all infrastructure workers, while they make up 49.6% of all workers nationally, and the shares of Black, Hispanic, and Asian workers can also be frequently lower than national averages across a range of occupations.

Hiring and training workers have posed difficulties for several decades, but simply holding onto infrastructure workers is becoming increasingly problematic. A “silver tsunami” of workers has swelled in recent years, causing many infrastructure employers to see 10% (or more) of their workers retire annually, and as more of these workers reach the end of their careers with fewer younger workers to pick up the baton, vast amounts of institutional knowledge and skills may be lost forever. But many other workers are also simply fed up, quitting their jobs in higher numbers to seek additional pay, workplace flexibility, and other benefits, similar to other “Great Resignation” issues affecting the economy.

For more on worker demographics, see page 27 in the full report »

A map to grow the future and current infrastructure workforce

For more on policy implications and recommendations, see page 32 in the full report » 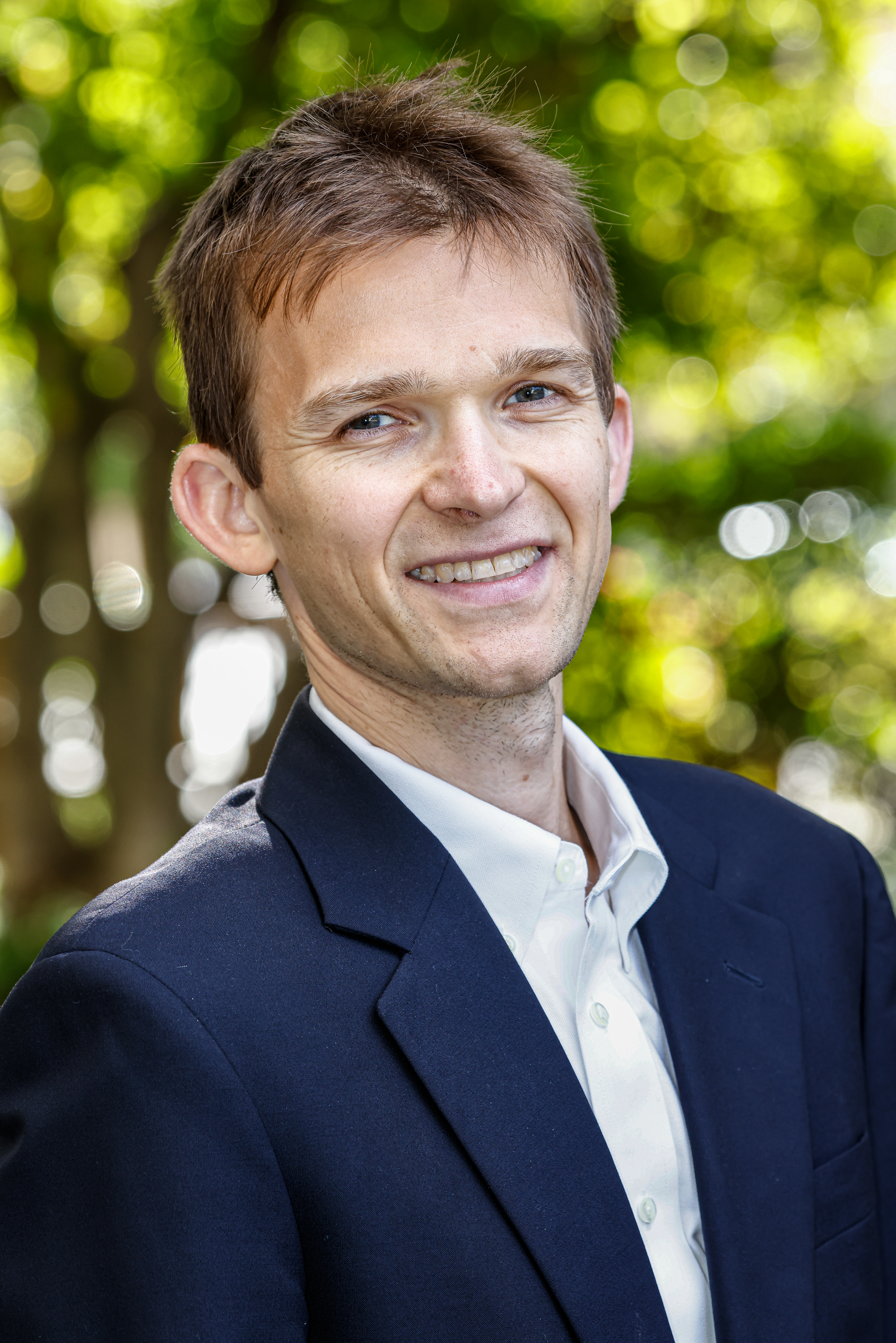 Joseph W. Kane is a Fellow at Brookings Metro. Kane’s work focuses on a wide array of built environment issues, including transportation and water infrastructure. Within these areas of research, Kane has explored infrastructure’s central economic role across different regions as well as its relationship to opportunity and resilience. Across several projects, Kane has coordinated the production of new metrics and developed other interactive content to better inform decisions by policymakers and practitioners across the country. Kane’s recent work has explored transportation and placemaking, climate investment, and federal infrastructure policy. Kane also continues to examine challenges and opportunities facing the country’s infrastructure workforce and its essential workforce more broadly—including water workers and energy workers. Kane has also testified to Congress on these issues, including a hearing titled Skill, Upskill, and Reskill: Analyzing New Investments in Workforce Development. Prior to Brookings, Kane was an economist at the U.S. Bureau of Labor Statistics. Kane holds a master’s degree in urban and environmental planning from the University of Virginia and a bachelor’s degree in economics and history from the College of William and Mary.

Beyond Shovel-Ready: The Extent and Impact of U.S. Infrastructure Jobs

This report sheds new light on the widespread contributions that infrastructure jobs make to the nation’s economy, including their importance at the metropolitan level. Since many of these jobs offer more equitable wages, require less formal education for entry, and are projected to grow over the next decade, they represent a key area of consideration for policymakers aiming to address the country’s ongoing infrastructure and jobs deficit.

This report expands on previous analyses to describe the skills needed to fill infrastructure occupations nationally. More than 14.5 million workers—or 11 percent of the entire U.S. workforce—are employed in infrastructure-related activities, many of which operate different physical assets and extend far beyond construction projects. In turn, a wide variety of knowledge, tools and technologies, and education and training is often required in these occupations. Ultimately, since millions of workers in infrastructure occupations earn competitive wages and need to be replaced over the next decade, they represent a crucial segment of the workforce when it comes to expanding economic opportunity and require targeted workforce development strategies from public, private, and civic leaders across the country.

Renewing the water workforce: Improving water infrastructure and creating a pipeline to opportunity

Beyond its environmental benefits, the clean energy economy transition will bring higher paying job opportunities with less barriers for workers to access.