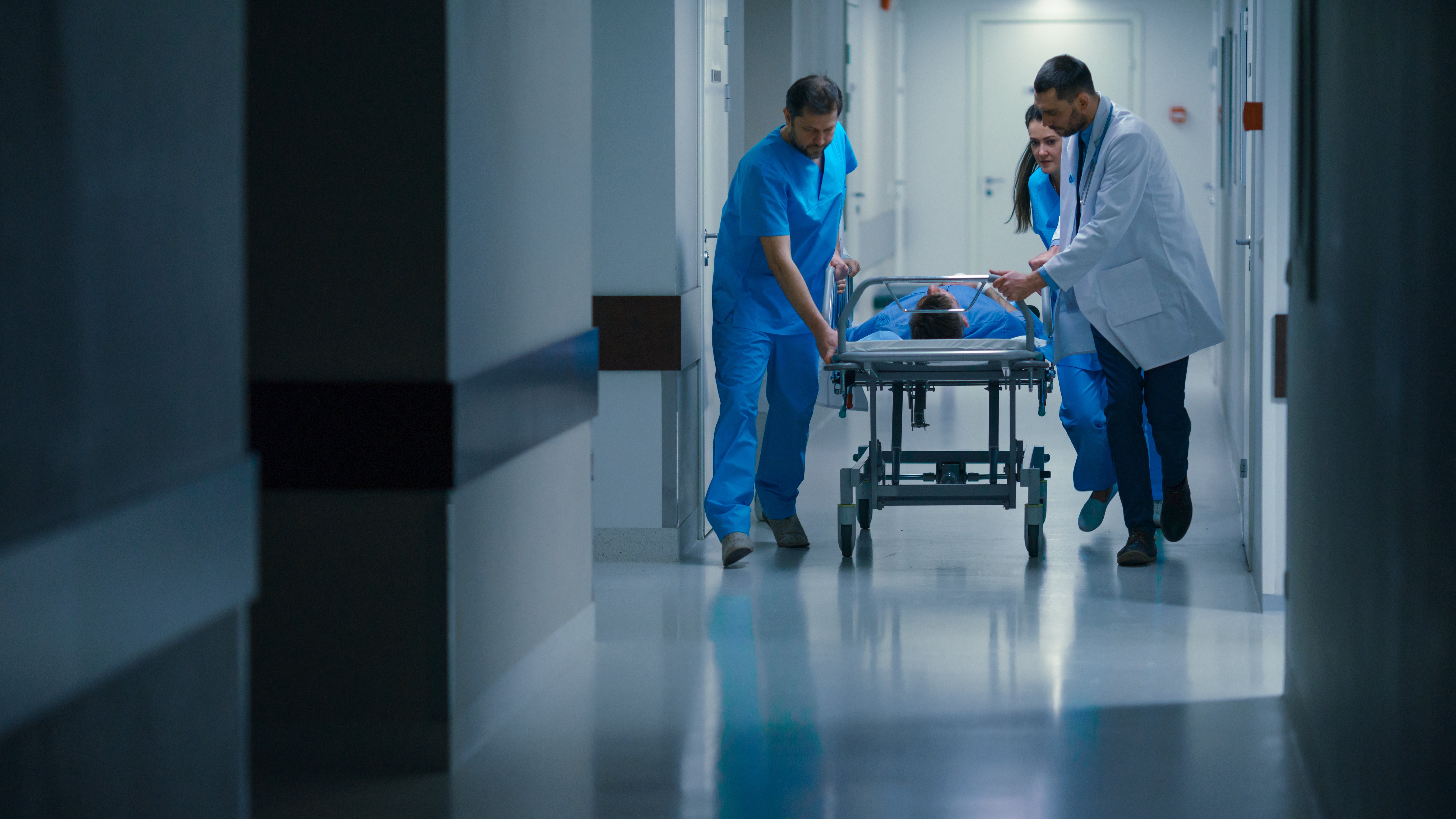 Editor’s Note: This analysis is part of the USC-Brookings Schaeffer Initiative for Health Policy, which is a partnership between Economic Studies at Brookings and the University of Southern California Schaeffer Center for Health Policy & Economics. The Initiative aims to inform the national health care debate with rigorous, evidence-based analysis leading to practical recommendations using the collaborative strengths of USC and Brookings. USC-Brookings Schaeffer Initiative research on the prices of health care services is supported by Arnold Ventures.

At the end of 2020, Congress enacted the No Surprises Act to protect health care consumers enrolled in commercial insurance from “surprise” out-of-network medical bills for all emergency services (except ground ambulances), post-stabilization care, non-emergency medical services delivered at or ordered from an in-network facility, and air ambulance services.

The new federal law follows a set of state laws enacted in previous years, which broadly follow a similar structure. Specifically, they:

Importantly, in the absence of such laws, the ability to balance bill serves as a leverage point for providers of certain services for which health plans have limited ability to steer patient volume (such as emergency and anesthesiology services). This leverage benefits providers in negotiations with health plans by increasing the amount they can plausibly collect for an out-of-network service and thereby reducing their incentive to accept a lesser payment amount for in-network services. Higher in- and out-of-network payments for services in turn exert upward pressure on premiums and out-of-pocket costs, increasing health care spending overall. By banning balance billing practices, these laws have the potential to both directly protect consumers from surprise bills and affect health care spending more broadly.

The law’s overall effect on insurance premiums and health care costs ultimately depends in larger part on where the minimum payment amount is set. A policy will directly increase or decrease spending on out-of-network services depending on whether the minimum payment is set higher or lower than the status quo average out-of-network collections. Additionally, for services where providers can retain substantial volume when out of network (e.g., in settings where health plans have few tools other than cost-sharing to steer patient volume to preferred providers), the mandated minimum payment affects a provider group’s expected value of being out-of-network (their best alternative to contracting), and in turn may have spillover effects on contracted, in-network payment rates.[1]

After the No Surprises Act takes effect on January 1, 2022, existing state laws that follow the above structure will continue to determine the minimum payment to out-of-network providers for enrollees in fully-insured health plans (over which states generally maintain regulatory authority) for the out-of-network services covered under their laws. States are therefore faced with the question of whether to modify their laws in light of the new federal protection or simply to adopt the federal protection in lieu of their own, but limited evidence exists about the effects of different laws.

This study aims to fill that knowledge gap by presenting preliminary evidence about the effects of Connecticut’s 2016 surprise billing law on the emergency physician services market.

Connecticut’s law took effect on July 1, 2016 and regulates only the fully-insured commercial market within the state. It requires that a patient’s out-of-pocket costs be no greater than their in-network cost-sharing amounts if they are unknowingly treated by an out-of-network provider at an in-network facility. The law also outlines two distinct out-of-network minimum payment benchmarks from insurers to providers in emergency and non-emergency situations. In out-of-network emergency situations, insurers are required to provide a minimum payment equal to the “eightieth percentile of all charges for the particular health care service performed by a health care provider in the same or similar specialty and provided in the same geographical area.” A provider’s charge is a list price that is unilaterally set and tends to be extremely high relative to in-network prices, and therefore we expect Connecticut’s emergency services payment benchmark to be substantially higher than both in-network prices and what providers could reasonably have expected to collect out-of-network before the law was implemented. In turn, we would expect Connecticut’s surprise billing law to increase allowed amounts paid by fully-insured plans (those regulated by the law) for emergency services.

By contrast, in non-emergency situations the law stipulates that health plans reimburse the out-of-network provider at in-network rates. Before proceeding, we note that we would expect to find notably different results for non-emergency services in Connecticut. By tying the minimum payment amount to the significantly lower in-network contracted rates, the law seems unlikely to inflate payments for non-emergency services and may indeed have the opposite effect. As such, our analysis should only be seen as relevant to the emergency medicine market in Connecticut, not all specialties where surprise billing is common.

We analyzed Health Care Cost Institute (HCCI) data that includes commercial insurance claims from Aetna, Humana, and United Healthcare. We restrict our analytic sample to claims for emergency physician services (CPT codes 99281-99285, 99291) delivered at an in-network facility between 2014 and 2017. We also exclude claims where the insurer was the secondary payer, the patient was 65 or older, and claims with a charge or allowed amount less than $1. We also exclude nongroup plans due to compositional changes over this time period and claims with missing funding status. Our analysis, therefore, is not necessarily generalizable to the full commercial insurance market. We are also unable to distinguish between payers in our sample, which prevents us from examining whether different payers exhibited different trends after the implementation of Connecticut’s law.

We begin by comparing the 80th percentile of physician charges for a high-severity emergency department visit (CPT code 99284) in Connecticut in 2015 – which would become the minimum payment benchmark under Connecticut’s law beginning the next year – to status quo in-network allowed amounts and expected out-of-network collections for fully-insured plans.[2]

We also observed trends in allowed amounts and out-of-network prevalence for emergency physician services in Connecticut before and after the law took effect relative to a set of control states. The control group is comprised of all states excluding states that implemented a similar policy relating to surprise billing for emergency services during the study period (Delaware, Florida, New York, Oregon, and Texas). Quarterly means of all allowed amounts, in-network allowed amounts, and out-of-network allowed amounts were calculated across CPT codes 99281-99285 and 99291, and are weighted based on a fixed distribution of the codes determined by their relative prevalence in the full claims sample across all states and years.

We start by evaluating trends in all allowed amounts, encompassing both in- and out-of-network emergency services claims.[4] Changes in all allowed amounts are important in that insurance premiums are ultimately impacted by total claims costs, and any changes in the composition of claims by network status will be captured in this analysis.

Figure 2 Panel A displays a stark and sudden increase in allowed amounts for fully-insured plans in Connecticut coinciding directly with the implementation of the surprise billing law after 2016 Q2, while we simultaneously observe little if any change in fully-insured plan allowed amounts in the control states. No similar spike can be observed among self-insured plans in Connecticut, which were not directly regulated by the statute.

To better understand the underlying dynamics driving the allowed amount increase, we then disaggregate claims by network status. As seen in Figure 3, the implementation of the law is followed immediately by a sharp rise in out-of-network allowed amounts, presumably to meet the new minimum payment benchmark.

By contrast, as depicted in Figure 4, in-network allowed amounts remain relatively steady across states and plan types during the study period.

Though we observe no notable change in the actual contracted rates, Figure 5 illustrates that fully-insured plans in our sample moved a substantial share of emergency physician services in-network in 2017. However, the near zero unadjusted difference-in-differences estimate suggests that the overall decline in out-of-network frequency between the pre- and post-policy periods was similar for fully-insured plans in Connecticut and control states.

Lastly, we did not observe sizeable differential changes in emergency physician charges when comparing Connecticut to control states.

At least in the law’s first year-and-a-half in effect, this increase appears to be almost entirely the byproduct of a very large increase in allowed amounts to out-of-network emergency physicians (83.8% relative to control states), likely a mechanical consequence of health plans’ efforts to comply with the new generous minimum out-of-network payment requirement. We do not observe any differential changes to in-network allowed amounts paid by fully-insured plans in Connecticut relative to control states, nor do we observe any evidence of spillover effects on self-insured plans, which were not directly targeted by the law. However, it is also possible that compositional changes in network status are biasing the estimates disaggregated by network status, for instance, if physician groups that previously had above-average contracted rates before the law took effect chose to move out of network after implementation.

Given that we only observe one full year of post-policy data, it is also possible that spillover effects on in-network allowed amounts might develop over time with further rounds of provider-insurer negotiations. Similarly, observed increases in allowed amounts in Connecticut relative to control states may grow in magnitude over time, as appears to have been the case in New York after the implementation of their 2015 surprise billing law (Adler et al. forthcoming).

Our analysis suggests that eliminating Connecticut’s 80th percentile of changes standard for emergency services and adopting the same minimum payment amount already used for nonemergency services would reduce out-of-network physician payments and, in turn, insurance premiums. An alternative would be for policymakers to simply adopt the new federal standards passed in the No Surprises Act, which, if appropriately implemented, are likely to produce out-of-network payments close to current median in-network rates.

[1] Surprise billing laws may also affect a provider group’s expected value of being out-of-network by lowering the reputation costs of billing out-of-network because the patient’s cost-sharing is now the same as if the service were delivered in-network and, in some cases, requiring more prompt payment to the out-of-network provider than occurred under the status quo. See Cooper et al. (2020) and Adler et al. (2019) for a longer discussion of these dynamics.

[3] In Figure 1, we report the 80th percentile of physician charges for CPT code 99284 in Connecticut in 2015 based on the HCCI data, which equals $832.50. We also note that FAIR Health, who is responsible for calculating Connecticut’s minimum out-of-network payment benchmark, similarly reports that this benchmark equaled $832 in 2015. 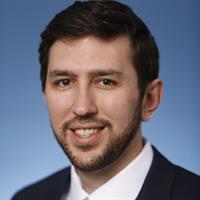 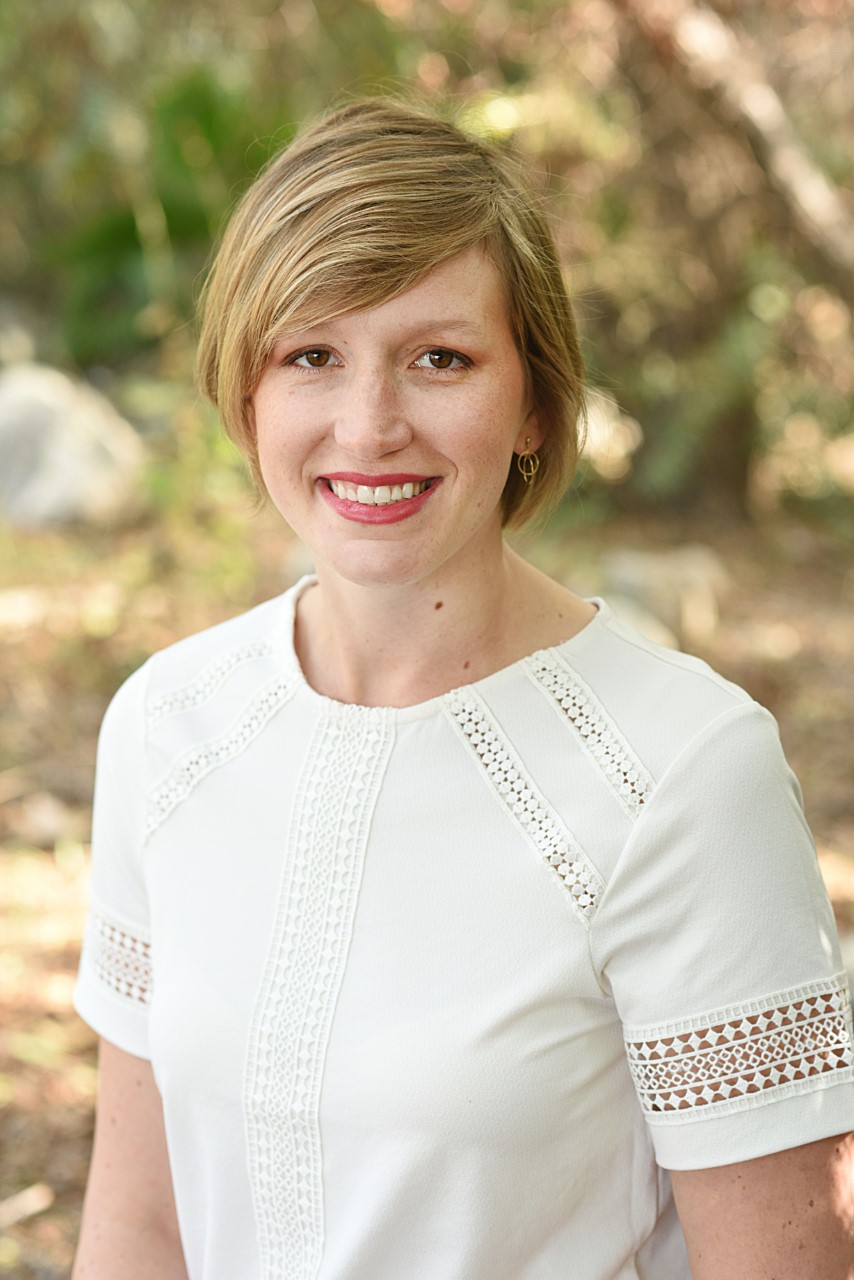 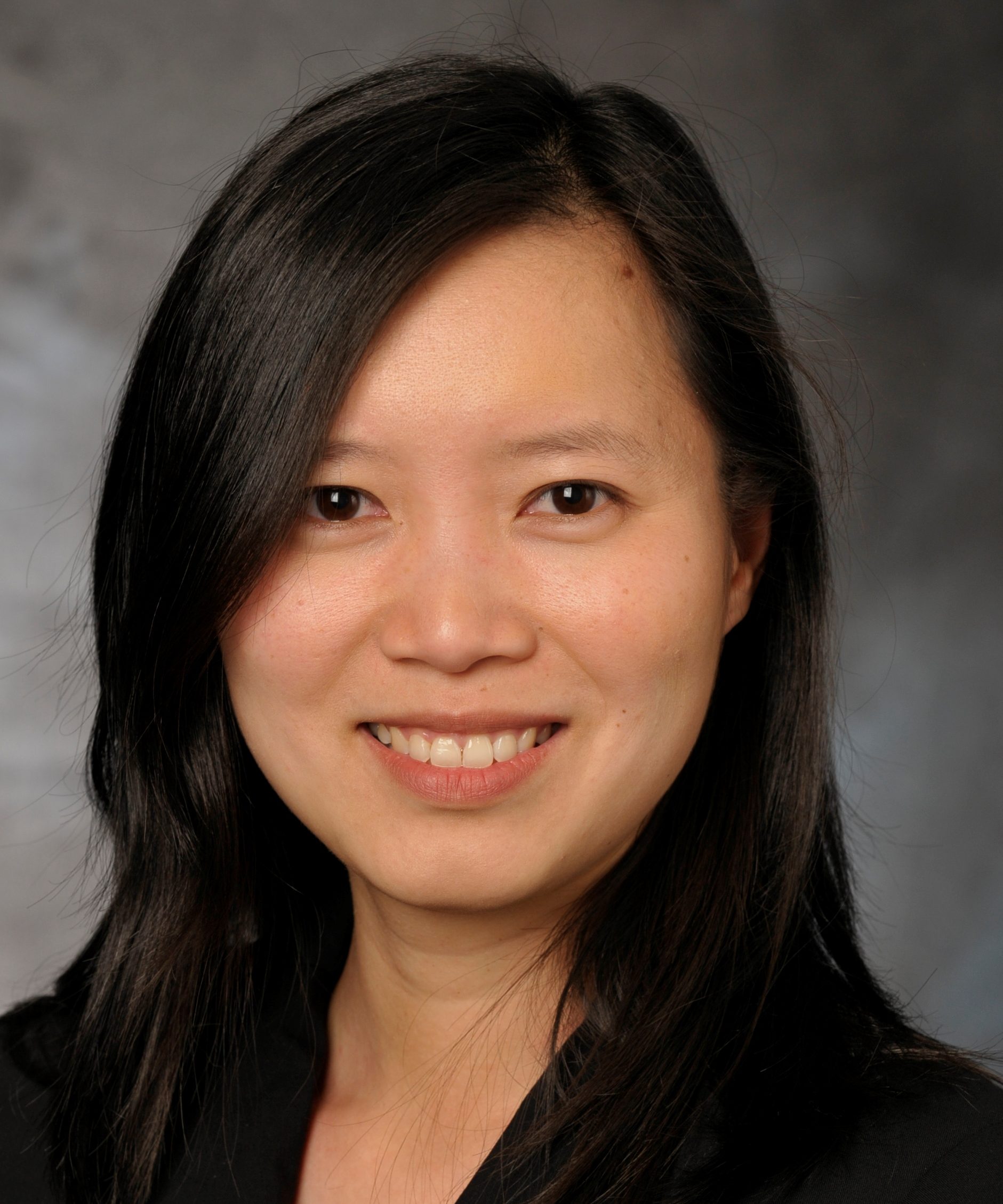 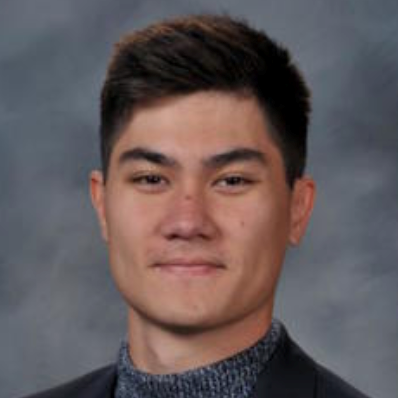 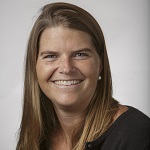 Disclosures: This work was supported by Arnold Ventures. The funder had no involvement in the collection, analysis and interpretation of data; in the writing of the analysis; or in the decision to publish. Erin Trish has received consulting fees from the Blue Cross Blue Shield Association, Cedars Sinai Health System, Centene, Cornerstone Research, Mallinckrodt, Multiplan, Premera, and Varian Medical Systems. The authors did not receive financial support from any firm or person for this paper and they are currently not an officer, director, or board member of any organization with an interest in this paper.

Acknowledgments: We thank Matthew Fiedler for helpful comments on this analysis and Kathleen Hannick for excellent data visualization. All errors are our own.