The art of the pivot: African women as critical problem solvers in the 21st century

While rebuilding a country previously engulfed in civil war for over 14 years, my administration oversaw, then, one of the deadliest health crises of the 21st century. I, Africa’s first democratically elected woman president and Liberia’s first elected president of the post-conflict period, had to pivot quickly in both attitude and action, as a means of responding to the Ebola outbreak of 2014. The outbreak posed a devastating threat to Liberia’s people and to the gains we had made in recovery and development. Rather than falter, we leaned into the complex challenges the outbreak posed, crafting and embarking upon an approach that embraced the strategies called for by community health workers and ordinary people fighting to save their loved ones. During this period, we lost many lives but averted a national crisis and found an inclusive and sustainable path of hope. In most African countries, strengthening the national health structure requires investing in and prioritizing community health workers and systems. Local community health workers are crucial in times of crisis because of their proximity to those most impacted. Utilizing community leadership ensures communities feel empowered and share in the responsibility, creating genuinely inclusive and responsive approaches. Liberia’s early success in addressing the COVID-19 pandemic relied on the same community health workers and leaders from the Ebola crisis. They were central in the dissemination of reliable information, coordination efforts across the country, building partnerships both internally and internationally, and leading their communities.

Women’s leadership in Africa is not a new phenomenon. Throughout Africa’s history, women were critical problem solvers, leading militaries during the pre-colonial period, freedom fighters during independence movements, transitional leaders during post-conflict periods, and leaders during some of the worst economic, political, and health crises of the 21st century. Moving forward, Africa must harness women’s knowledge, skills, and talents at all levels of the problem-solving process, as a means of reclaiming the continent’s future.

The pivot is an art form that women leaders have perfected globally, making them critical problem solvers that are more responsive and effective during times of crisis. In public leadership, effective pivoters engage in critical reflection and decisive decisionmaking as well as take on—simultaneously and seriously—a diversity of voices throughout the problem-solving process. Though pivoting requires a shift in direction or approach, the ultimate vision remains the same.

While shifting strategies during the COVID-19 pandemic, women leaders continued to prioritize lives and livelihoods. Though not surprising to many of us in Africa, as my leadership journey highlights, women continue to be vital in crafting complex responses to complicated problems. Across the continent, women were/are at the frontlines as medical and health experts and community healthcare workers.

Despite their leadership, African women remain underrepresented in official roles

Though women’s leadership in certain countries has come under renewed focus, globally, women still only occupy 25.7 percent of the available parliamentary positions, 7.2 percent of head-of-state positions, 6.2 percent of head-of-government positions, and 21.3 percent of cabinet positions. In Africa, women occupy about 24 percent of parliamentary seats, significantly close to the global average. Unfortunately, only two subregions, Southern Africa and East Africa, largely account for Africa’s high rates of women’s representation, boasting 31 percent and 32.4 percent women’s parliamentary representation, respectively. The other three subregions fall over 10 percentage points behind. In short, many African countries have come a long way, but the majority still fall far behind even the 1995 Beijing Platform for Action’s diffident 30 percent and the African Union Agenda 2063 goal of 50 percent women’s representation.

Notwithstanding the data, Africa is still a global leader in women’s public leadership. Five African countries are in the top 20 nations for women’s parliamentary representation, and, at 60 percent, Rwanda still leads the world in terms of women in parliament. Four African countries, each with over 45 percent women’s representation in cabinets, are among the top 20 countries globally. Moreover, African women’s growing presence as public leaders is not confined to national institutions, and African women now hold leadership positions in the World Trade Organization, African Union, and United Nations, among others. More importantly, they directly contribute to and conduct regional and international efforts that address Africa’s most pressing issues today: peace and security, gender justice, climate change, and technology and economic development.

Pressing concerns of the 21st century:

A. Peace and security

Peace and security are of renewed importance in Africa, given the rise of militarism, extremism, assaults on democratic processes, and the global withdrawal from transnational cooperation and coordination. In fact, in 2021 alone, West Africa experienced three military coups. Importantly, history has shown us that often increased militarism leads to increased marginalization, particularly for women. Furthermore, the work of African women scholars has repeatedly called for us to conceive of security outside of simply borders and imagine the security of the individual. In this sense, we might raise essential questions about what security looks like for African women and how existing institutions can better involve the voices of women. Madame Bineta Diop, the African Union Special Envoy on Women, Peace, and Security (WPS) is working to raise and answer these questions. Under her leadership, the AU developed the Continental Results Framework for measuring and mapping the implementation of the WPS agenda. In addressing issues such as gender-based violence, economic insecurity, poverty, and education, we not only secure lives but can potentially better secure the state.

Intrinsically tied to peace and security issues is gender justice. The language of gender justice activists in Africa is fundamental. They prioritize the development of a world where men and women are equals and strive to achieve a world that is also equitable. In a fair world, frameworks, resources, and laws are implemented and provided to ensure that women and girls have access to the necessary financial resources and tools that will close the gaps created by gender inequality and marginalization, directly transforming communities as a whole. The recent activism of Sudanese women in 2019 and 2020, which ushered in a new leadership, sheds light on the power of gender activism today in Africa. Their demands for reform extended far beyond equality, ensuring that the transitional government and constitution guaranteed 40 percent women’s representation, expanded women’s rights to travel alone, banned execution of children, and outlawed female genital cutting. Of course, we remain watchful as women have still not been afforded their rightful leadership places in Sudan.

Our ability to transform communities will depend on responding to one of the most pressing global issues: climate change. As some parts of Africa become hotter and drier, the agricultural sector and, in turn, economic livelihoods are directly affected. In Africa, agriculture, a climate-sensitive industry, provides for 70 percent of Africans, 30 percent of the continent’s GDP, 50 percent of the continent’s export value, and 65 percent of the continent’s labor force. African women account for a large share of the agricultural labor force, and they are far more likely to work in vulnerable employment, increasing their risk of livelihood insecurity. To equitably address climate change, we must craft multistakeholder and multisectoral approaches that take women and girls’ distinct vulnerabilities, capacities, and leadership at the community and national levels seriously. We know that women lead the way in crafting equitable and sustainable solutions to climate change, transforming lives and livelihoods, increasing climate resistance, and improving overall well-being. African women leaders are already taking the lead in responding to climate change. For instance, Mayor Yvonne Aki-Sawyerr of Sierra Leone launched a three-year plan to develop Freetown that addresses environmental degradation, and Hindou Oumarou Ibrahim of Chad works to ensure that climate change adaptation plans include the voices of indigenous communities.

Climate change’s economic implications raise essential questions about how African countries might strengthen their economies in an age dominated by technology. By expanding access to digital technologies, African nations will empower the poor with access to information, job opportunities, and services that will improve their lives. With a growing youth population and an ever-expanding workforce, investments in technology and technological infrastructure lay the foundations for economic growth. Such investments and developments could improve access to inclusive financing, modernize the agricultural sector, and improve health care systems. Technology poses new opportunities and possibilities for women’s inclusion and advancement. For example, in the agricultural sector, African women are utilizing technology and technological innovations to improve agricultural process and, in turn, improve livelihoods. Women and girls cannot and should not be left behind.

Pivoting toward the future

To craft inclusive and equitable approaches to the issues raised, African women and girls must play a leading role. It is not enough to recognize that African women and girls deserve rights by adopting new laws and frameworks; countries must ensure that these rights are a lived reality. Economic, political, institutional, and social barriers persist throughout the continent, limiting women’s abilities to reach high-level leadership positions. We might turn to countries like Rwanda, Uganda, and Senegal as examples of nations that have ensured their legal and political commitments to women’s leadership and gender equality are reflected in practice.

Given the existing barriers women experience and Africa’s pressing critical priorities for ensuring sustainable development, I offer some advice on how we might collectively chart a future for Africa that includes Africa’s most extraordinary pivoters for transformation: women.

Tackling Africa’s pressing issues and ensuring the continent’s future success require engaging with and including women at all levels of leadership globally. Though there are many successes to celebrate, let us not allow this moment to pass without making concerted shifts in attitudes, policies, and implementation that harness African women’s rich knowledge and experiences. This period calls for a collective pivot that ensures African nations succeed in the 21st century.

By Adefunke Ekine and Ayotola Aremu

Adefunke Ekine and Ayotola Aremu advocate for better representation of African women and girls in STEM.

It is not yet Uhuru for the women of Uganda

Winnie Kiiza recommends six ways the Ugandan government can invest in and empower women and girls.

The women of Sudan will not accept setbacks

Women and e-commerce in Africa: The $15 billion opportunity 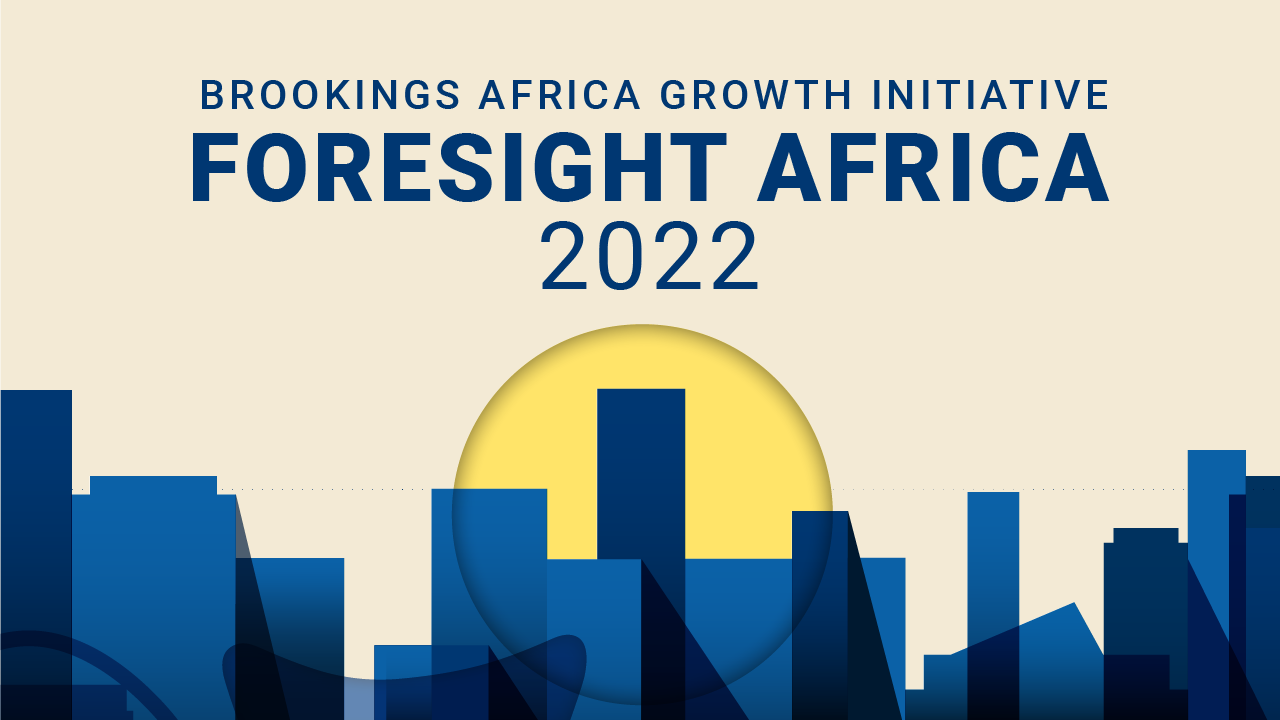 On January 26, AGI will host a Foresight Africa launch featuring a high-level panel of leading Africa experts to offer insights on regional trends along with recommendations for national governments, regional organizations, multilateral institutions, the private sector, and civil society actors as they forge ahead in 2022.

Aloysius Uche Ordu introduces the 2022 edition of Foresight Africa, which includes brand new themes and a more diverse and representative collection of contributors and reflects the dynamism and optimism of the region. 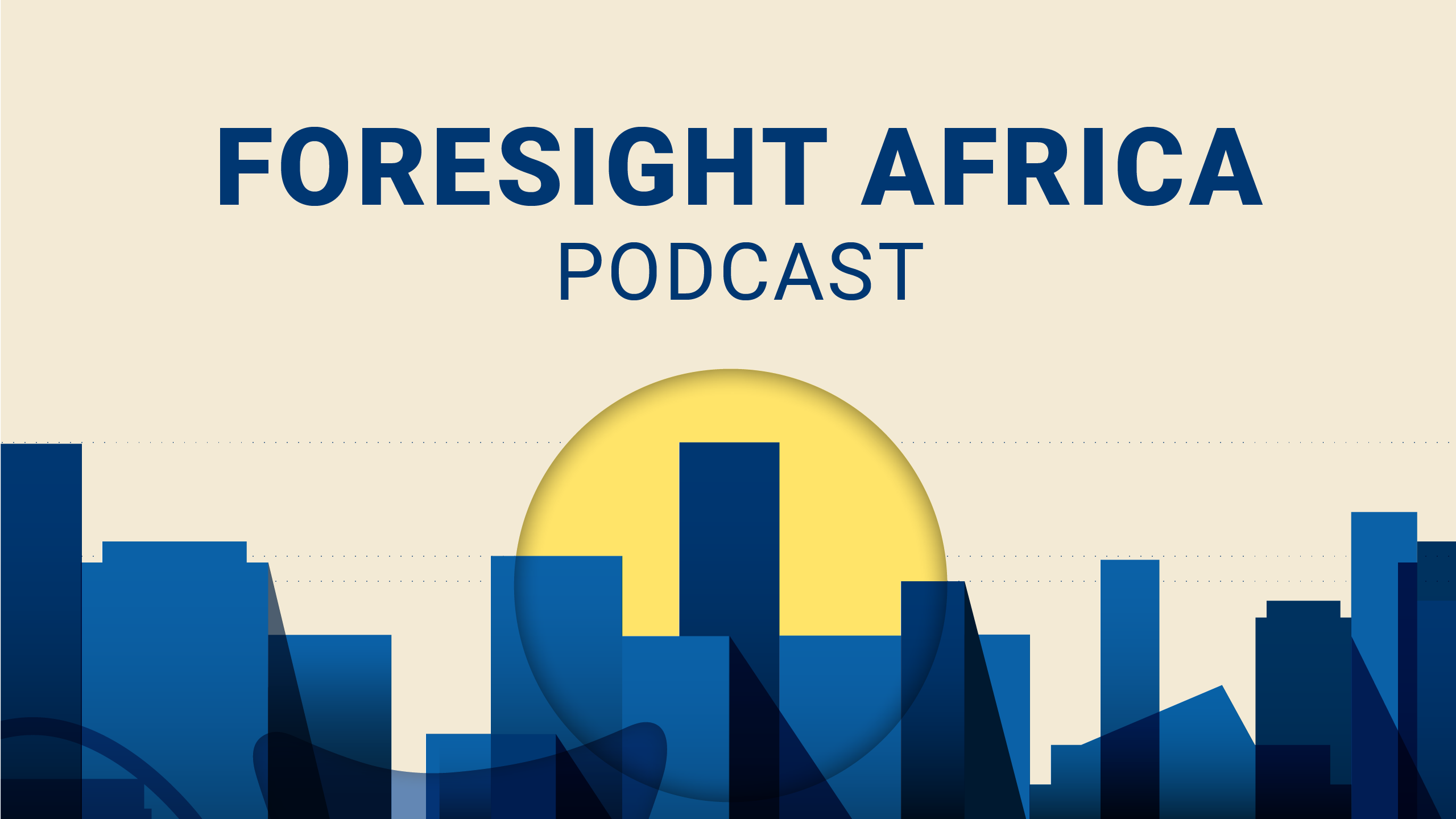 The Foresight Africa podcast celebrates Africa’s dynamism and explores strategies for broadening the benefits of growth to all people of Africa.