Pablo Fajgelbaum of UCLA, Eduardo Morales of Princeton, Juan Carlos Suarez Serrato of Duke, and Owen Zidar of Chicago examine how variation in US state taxes—income, sales, and corporate—affects economic output through its influence on the location of firms, workers, and trade. They estimate that equalizing each state’s income tax rates, each state’s sales tax rates, and each state’s corporate tax rates without changing total countrywide tax revenue in each category would lead to aggregate GDP gains of 0.7 percent.

Helen Fessenden of the Richmond Fed describes the similarities between the Fed’s current situation—low inflation after a period of sustained low rates—and the environment it faced in 1993-1994, when it decided to raise rates for the first time in five years even though inflation was low. Fessenden notes that initial criticism that then-Fed Chairman Alan Greenspan moved prematurely proved misplaced when inflation remained stable and the economy stayed at full employment.

Ilknur Zer of the Federal Reserve Board examines disclosures by the 80 largest bank-holding companies between 1998 and 2011 and finds that when firms share information above the minimums required by law—for example, liquidity risk profiles, risk positions of affiliates, exposures to other firms—they are viewed by investors as less likely to default the following year and receive higher market valuations relative to book value. Zer also finds that banks that experience a decline in coverage by market analysts make up for this by increasing their voluntary disclosures. 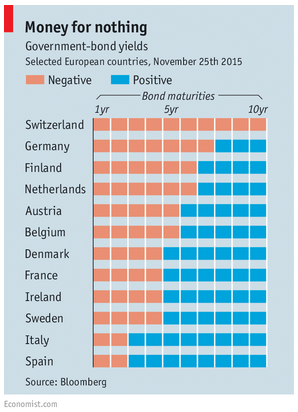 Quote of the week: Chair Yellen sees a symbolic dimension to liftoff

“The economy has come a long way toward the FOMC’s objectives of maximum employment and price stability. When the Committee begins to normalize the stance of policy, doing so will be a testament, also, to how far our economy has come in recovering from the effects of the financial crisis and the Great Recession. In that sense, it is a day that I expect we all are looking forward to.”

— Janet Yellen, Chair of the Board of Governors of the Federal Reserve