In an analysis of corporate tax rate changes amongst contiguous counties straddling state borders, Alexander Ljungqvist and Michael Smolyansky of New York University conclude that a 1 percentage point increase in the corporate tax rate reduces employment by between 0.3% and 0.5% and income by between 0.3% and 0.6%. Conversely, corporate tax cuts have no effect during normal economic times, but increase employment by roughly 0.6% per 1 percentage point decrease during times of recession.

Jiaqian Chen, Tommaso Mancini-Griffoli, and Ratna Sahay of the International Monetary Fund argue that asset price and capital flows spillovers from the U.S. to emerging markets are particularly strong during periods of unconventional monetary policy, and are more pronounced in countries with weaker economic conditions. They note that these larger spillovers are likely structural in nature, stemming from the use of new monetary-policy instruments – particularly asset purchases.

Using data from Medicare beneficiares who move from one state to another , Amy Finkelstein and Heidi Williams of MIT and Matthew Gentzkow of the University of Chicago find that 40-50 percent of the geographic variation in Medicare utilization can be explained by the characteristics of the patient demand, particularly differences in patient health. The remaining 50-60 percent is attributable to place-specific factors, such as doctor practice patterns. 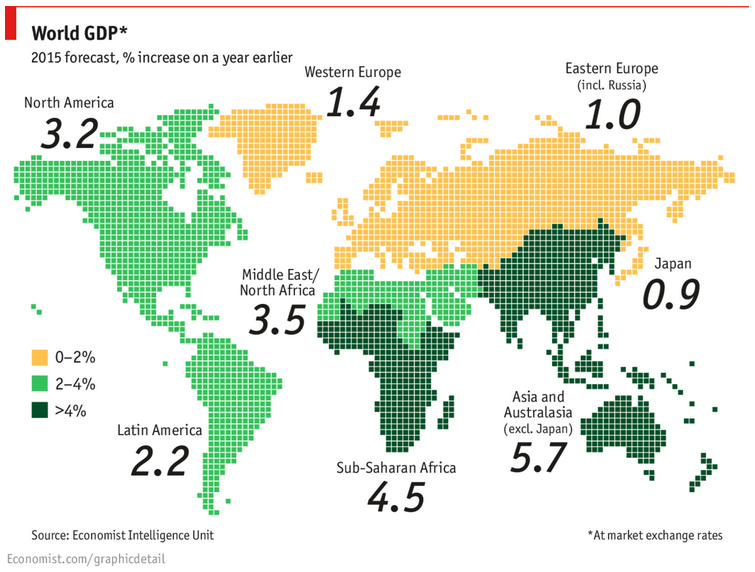 
Speech of the week—Draghi: Fulfilling obligations “not a national peculiarity of the Germans”

You are under immense pressure. Europe is looking to you, the heads of state or government, as well as the general public and industry. Do you like such challenges, or do you tend rather to suffer under them?

Mario Draghi: It is important for anybody who has responsibility to be aware of the obligations entailed. That accompanies me through the day. That is what gives me strength.

That sounds very Prussian for an Italian.

MD: I believe that fulfilling one’s obligations is not a national peculiarity of the Germans.

If you haven’t already registered, be sure to join us on Wednesday, January 14 at 10:30 a.m. for The Global Financial Crisis: Lessons From History with the University of California, Berkeley’s Barry Eichengreen, and on Friday, January 16 at 9:00 a.m. for The Eurozone: Now What? A Conversation with Lucrezia Reichlin, professor of economics at the London Business School.