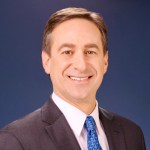 Jonathan D. Schwartz is interim general counsel at the Brookings Institution. In this capacity, Schwartz is responsible for managing Brookings’s legal affairs and advising the Institution’s Board of Trustees, senior executive team, and staff on a wide array of legal, policy, risk, and managerial issues.

Schwartz is an accomplished general counsel with more than three decades of experience at the highest levels of business and government. For the past 20 years, Schwartz served as the general counsel of several leading tech, media, and financial services companies—Napster, Cablevision Systems Corporation, JPMorgan’s Investment Bank, and Univision Communications Inc. He also led departments such as government affairs, community relations, and corporate social responsibility, focusing on company-wide initiatives to enhance employee engagement and make meaningful contributions to the communities served. From 2017 to 2020, Schwartz served on the Board of Directors at Revlon, Inc., and he currently serves on the Board of Directors of Tabula Rasa Healthcare, Inc.

Schwartz started his career in the federal government. He served as a law clerk to Judge Harry T. Edwards on the U.S. Court of Appeals in Washington, D.C. and to Justice Thurgood Marshall on the U.S. Supreme Court. He next worked as a federal prosecutor in the U.S. Attorney’s Office for the Southern District of New York, directly handling numerous trials and appeals, before becoming a senior advisor to the attorney general and deputy attorney general at the Department of Justice in Washington, D.C. In that role, Schwartz briefed and advised senior White House and Cabinet officials and represented the Department of Justice before members of Congress.

Schwartz received his undergraduate degree from the University of Pennsylvania, where he graduated with a degree in economics and played varsity basketball. He graduated from Stanford Law School and then received a Fulbright Scholarship to attend Cambridge University, where he earned a master’s degree in international relations. He later served as an in-residence fellow at Harvard University’s Institute of Politics.

Schwartz is currently a member of the Council on Foreign Relations, a board member at Latino U College Access, and has previously served on the boards of several nonprofit legal organizations, including the Lawyers’ Committee for Civil Rights Under Law, the Legal Aid Society of New York, and the National Center for Law & Economic Justice. He is also currently a member of the Dean’s Advisory Council at Stanford Law School and the Board of Advisors of Penn Athletics, as well as Co-Chair of the Penn Alumni Basketball Board.